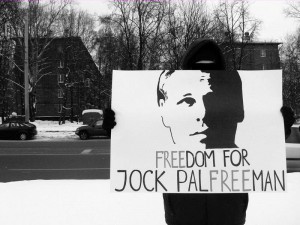 photo from a solidarity demo in Moscow

See the Free Jock website for in-depth information and analysis about Jock Palfreeman’s trial and imprisonment.

Watch the One Night in Sofia documentary for interviews with Jock Palfreeman, his family and supporters.

This entry was posted in Uncategorized and tagged Jock Palfreeman, solidarity. Bookmark the permalink.